Meet the staff of VANBROS and Associates Inc. 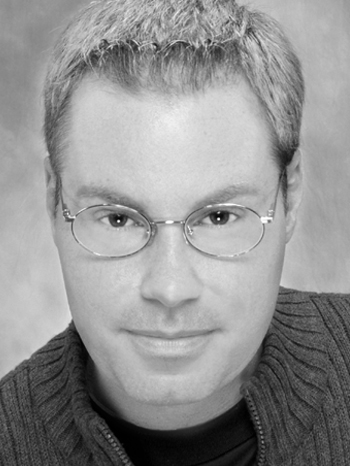 John M. Vannatta Jr. is President of VANBROS and Associates, Inc., which holds the State Licenses for the MISS USA® & MISS TEEN USA® State Pageants in Arkansas, Illinois, Kansas, Missouri, Nebraska, and Oklahoma. During the 2001 MISS USA pageant the Miss Universe Organization recognized John as the Outstanding Director of the Year.

VANBROS and Associates, Inc., acquired the license for Kansas in 1992, Missouri in 1993, Oklahoma in 1997, Nebraska in 2002, Arkansas in 2008 and Illinois in 2014. Under his direction, these states have produced five national MISS TEEN USA winners, three MISS USA winners, a 1st runner-up to MISS UNIVERSE, 3 national 1st runners-up, 6 national 2nd runners-up, 8 national 3rd runners-up, 3 national 4th runners-up, 1 national 5th runner-up, 56 national semifinalists, and 12 national honorable mentions (11th-15th place, prior to 2003). Of the 237 young women who have competed at nationals as a VANBROS girl, 99 have finished somewhere among the top 16. VANBROS titleholders have also brought home national awards for, Teen with Style, Miss Photogenic, Miss Congeniality, Most Beautiful Eyes, and Best State Costume. John has enormous pride in young women who have been VANBROS titleholders, and he attempts to not only serve as director for his titleholders, but a mentor and a friend.

His goal for the state pageants is that they provide a forum in which young women can gain more self confidence, improve themselves as individuals, and make an impact in their community. He believes that it's important for young women who compete in pageants to be able to feel as though they are better individuals the day after the pageant, than they were the day they decided to enter. John uses the pageant to encourage his titleholders, as well as all the contestants, to become socially aware and active. After it is all said and done, he feels that all of the contestants are winners by virtue of their preparation for, and participation in the pageant competition.

John is a graduate of Jersey Village High School in Houston, Texas, where he was a member of the Varsity and All-District Swim Teams. Following High School, he attended Houston Community College, and Johnson County Community College as an honor student before finishing his undergraduate work at the University of Kansas. He holds Bachelor's Degrees in both Political Science and Sociology, with a minor concentration in History.

Prior to his founding of VANBROS & Associates, Inc., he worked in Real Estate Management. He enjoys reading, swimming, attending baseball and hockey games, and is a huge KU basketball fan. He resides in Shawnee, Kansas. 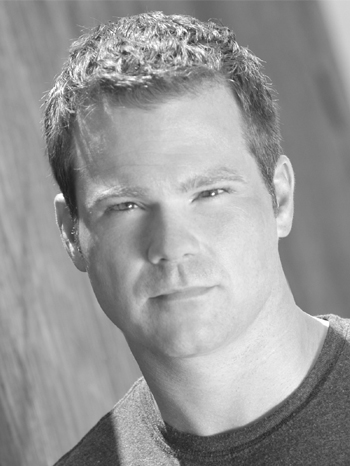 Jason Vannatta is Vice President of VANBROS and Associates, which holds the State Licenses for the MISS USA® & MISS TEEN USA® State Pageants in Arkansas, Illinois, Kansas, Missouri, Nebraska, and Oklahoma. He graduated with a degree in Graphic Design from the University of Kansas. Prior to joining VANBROS full time in March of 2004 Jason worked in the Association industry for 7 years as a Creative Director. He is responsible for all visual communication projects including designing and maintaining the VANBROS Web sites. Jason also serves as Creative Director for Greenwood Productions Inc. (GA, MS , TN), Proctor Productions (MI, OH) and does design work for other various MISS USA state pageants. Jason resides in Lenexa, Kansas. 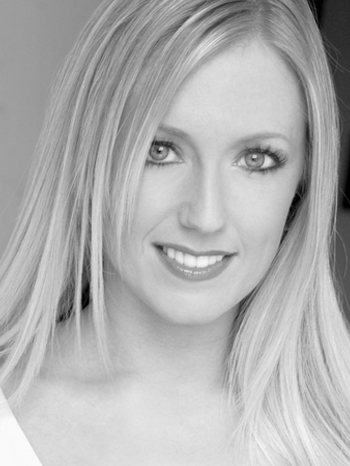 Jennifer graduated from the University of Kansas in 1996 with a degree in Journalism. She went on to work for KQTV as an anchor, reporter and producer from 1996-1998. She left her job as a journalist to pursue her dream of becoming Miss Kansas. On June 6, 1998, that dream came true. Miss Greater Kansas City was announced as the new Miss Kansas! Jennifer was also a Preliminary Swimsuit Winner, the Interview Winner, and received the Tara Dawn Holland Community Service Award for her work with the Kansas City Promise Alliance for Youth.

Jennifer was blessed with the opportunity to represent Kansas in the 1998 Miss America Pageant in Atlantic City. During her reign as Miss Kansas, Jennifer traveled nearly 75,000 miles speaking in schools. She shared with over 10,000 children, the importance of living their dreams, and the importance of volunteering in their communities. She's incredibly grateful for the ways God blessed her life through all of her pageant experiences. "Through each experience, I improved my self-esteem, communication skills, and talents. I also learned a lot about my faith, and just how much Jennifer Vannatta can really handle."

Because of the positive ways Jennifer's participation has impacted her life, she desperately wanted to stay involved in pageantry. When she gave up her title in 1999, she joined the VANBROS staff helping her brothers John and Jason. They worked as a team to build the program, and make it a positive opportunity for young women all over Kansas, Missouri, Nebraska,Oklahoma and Arkansas. "This isn't about dresses, heels, jewelry, or the 'stuff' at all. It's about providing young women a way to step out of their comfort zones that will inevitably help them grow. It's about providing an opportunity that helps to enrich their lives, through building more self-esteem, interview skills, friendships, physical fitness, and making valuable contacts. It's about making an impact, and encouraging them to make an impact as well. The "PAGEANT," is just our vehicle in which to do all of this!"

On February 7, 2004, Jennifer married her long-time love J.C. Fisher. They met at the 1997 Miss Kansas Pageant when she was a contestant and he was a featured performer. Jennifer and JC (thetexastenors.com) make their home in Shawnee, KS. She is now a full time mom to their two sons Jackson and Jenson and daughter Jennings. She continues to work for VANBROS on various projects and serves as the official pageant host. 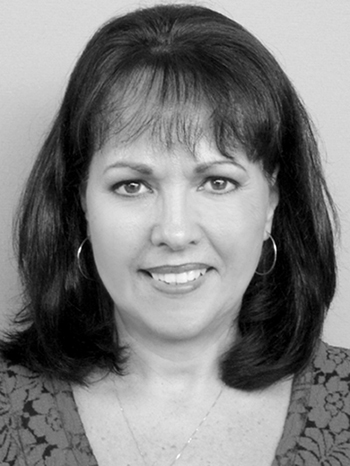 Karen Elliott is sort of a “Jack of All Trades” for Vanbros. She helps with recruiting and registering contestants, maintaining records, securing venues, helping to coordinate pageant weekends, and assisting wherever needed.

Karen has worked with Vanbros & Associates for 14 years. She was introduced to the pageant world when her daughter, Andrea, won the title of Miss Missouri Teen USA 1999. Not only does Karen work for Vanbros, but Andrea also is the Head Choreographer and helps to run their stage productions. Karen loves working for Vanbros, and being able to share the experience with her daughter as well.

Feeling very blessed, Karen has a phenomenal family; Keith, Brandy, Payton & Riley Elliott; Chris, Aixa, Chris, Jr., and Leilani Rose; and Luke, Andrea and Elle Ertzner. Her precious grandson, Donald “Ross” III lost his battle with pediatric cancer at the age of 3. From such tragedy came an outpouring of love & support. Ross’ Foundation was formed to help children and their families who are battling pediatric cancer. In support, Vanbros created Warriors for Ross and has raised over $30,000 to help Ross’ Foundation in its quest to relieve some of the financial and emotional stress on these families. The pageant world in itself is one big family, and there are no words for Karen to express her gratitude. The extent they will go to in order to help one another is unmatched.

Currently residing in Independence, Missouri, with her 2 doggies, Tiara & Jessi, Karen feels very fortunate to work with such amazing people in an industry that helps young women realize dreams.

Sherri is the Executive Contestant Coordinator for VANBROS and Associates, Inc. where she is responsible for recruiting, registering and maintaining all the contestant paperwork and correspondence but she considers her most important function to be assisting all the contestants in all five states with any and every question or detail they need to prepare them to be their very best in the pageant!

Sherri has been involved in the pageant industry since 1998 in one facet or another. She started out as a “Pageant Mom” when her oldest daughter Lara Litton-Schneider decided to enter her very first pageant in the Kansas American Coed system and won on her first try. She went on to the national pageant and was the first contestant from the state of Kansas to ever capture the title of Miss American Teen. Sherri then became involved as a pageant judge for several years traveling across the United States judging in multiple pageant systems. Later her youngest daughter, Ashley Renee Litton became involved in pageants as well by competing in the Miss Kansas Teen USA and Miss Missouri USA pageants while in high school and college. Ashley assumed the title of Miss Missouri USA 2004 after Shandi Finnessey won the title of Miss USA. Sherri is the former co-owner of Crown Chic that she started with Ashley, a pageant and prom store and was the official gown sponsor of the Kansas and Missouri USA titleholders. One of her functions also included pageant coaching and working with contestants across the United States. Ashley has since taken over the reigns of the store, coaching and gown sponsorships now called Sassy Chic Boutique as co-owner; as well as the Designer and Owner of A. Renee Designs; a custom design pageant gown business.

Prior to working in the pageant industry Sherri was an Owner/Entrepreneur in the restaurant and executive search industries and as Operations Manager in corporate America. She also worked part time as a Recruiter of New Faces and as a Booking Agent for Millennium Model Management.

Sherri resides in Olathe with her husband Ron of 30+ years and hopes to be a Grandma (Mimi) someday very soon! Her hobbies include cooking, baking birthday cakes for family and friends, party planning, interior decorating and furniture restoration.

She truly loves all things pageantry! Sherri still considers herself a “Pageant Mom”, she just has a lot more “daughters” now throughout the VANBROS pageant states! 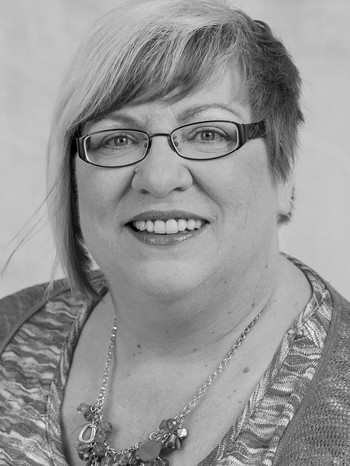 Janet Parkes has been a part of the VANBROS and Associates Inc. team for the past 25 years. She is involved with operations coordination during the pageant weekends. Janet has five children and is a proud grandmother. She is very active in her church and has been married to her husband David for over 40 years.